I mentioned in my last post, Chicken Pad Thai, about getting stuck cooking the same dinners after work due to lack of inspiration and motivation. I took to Pinterest, as one does when lacking in the inspiration department, and spotted the recipe for these kebabs. I was really excited at something quite different to my normal dinner and the prospect of pairing them with a baked potato; I am a sucker for a baked potato. This recipe was delicious but has already got me wondering what tweaks I could make to the sauce, such as adding tahini, to make for endless kebab combinations. I made very little change to the original recipe here, except to add peppers to the kebabs themselves. I’m excited to have found another great blog and source of food inspiration. 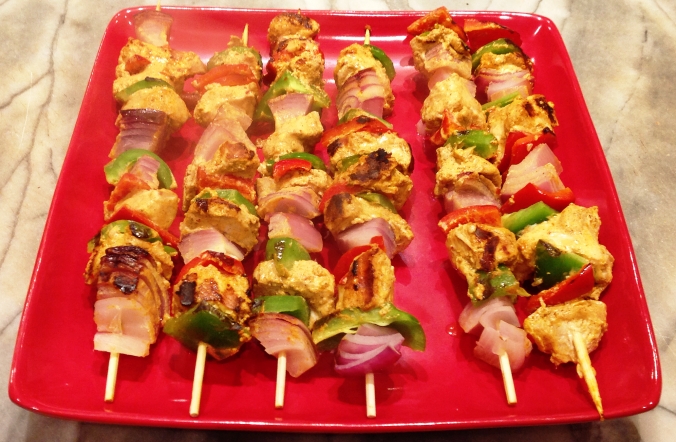