This cake was kind of fate. I made some rhubarb, ginger and orange compote/jam last year, using honey as a substitute for sugar, which was delicious but I still had two jars to use up. I decided a cake was the best platform for that (of course). I had also accidentally bought a couple of bags of rye flour (thinking that I needed some several weekly shops in a row and forgetting I’d already got some). Rye flour makes for a beautiful golden cake and really adds another flavour dimension. As I was drowning in rhubarb compote and rye flour this recipe popped into my inbox and saved me. I used my rhubarb compote over the one in the recipe but I can’t remember the specifics of the one I made. I know it had about 400 g of rhubarb, the zest and juice of an orange or two and a healthy dose of grated fresh ginger and a jar of honey. I will post the recipe for the compote that the original recipe uses (which I hope to make soon as it sounds DELICIOUS) but feel free to use any rhubarb compote/jam creation or any other fruit too. Experimentation in the kitchen is the best. I only made this cake two weeks ago but am already eager to make it again (which I will be this weekend). 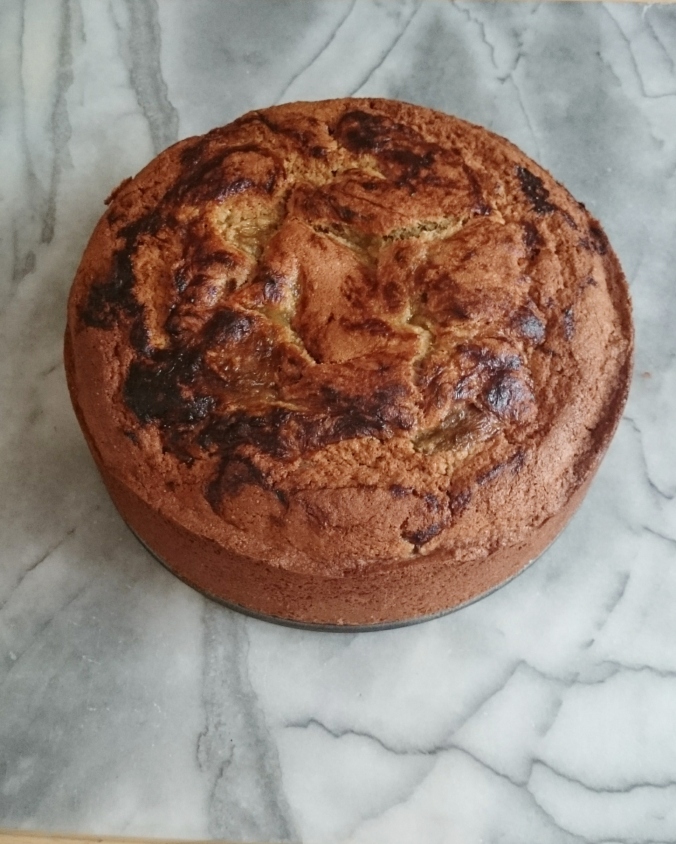 I am SO glad it is rhubarb season. I’m going to be stocking up and freezing it for the year ahead.

Ingredients: For the compote:

Method: Compote: Place all the ingredient into a medium-large saucepan and bring to a simmer over a medium heat. Stirring often, leave it to simmer for about 15 minutes. Once the rhubarb is tender, the raisins plump and most of the liquid absorbed, your compote is ready. Set it aside and make your cake. If your rhubarb isn’t quite tender yet but your mixture is dry, add a little water and continue stirring and simmering. Cake: